In the run up to Father’s Day on Sunday, June 16th, Selfridges & Co have teamed up with The Legendary Silkie Irish Whiskey to help you to celebrate the legend in your life. In Selfridges iconic London store, the team from Silkie will be on hand to personalise a bottle of the award-winning Irish whiskey with a special Father’s Day message.

The legendary Silkie Irish whiskey is made from carefully selected malt and grain whiskeys, which have been expertly blended to produce a super-soft whiskey with a silken mouth feel, rich character and long finish. The Legendary Silkie Irish Whiskey is inspired by the folklore of the Silkie seals of the Donegal coast in Ireland. Silkies take the form of seals in the ocean but are said to come ashore on moonlit nights to reveal themselves in human form, irresistibly beautiful women with dark hair and eyes as deep as the wild Atlantic.

On the nose, Silkie is fresh and malty with hints of green apple, to taste it is super-soft with warm honeyed ginger and orange zest. The finish is warm and lingering with gentle spice and salted caramel.

Visit Silkie in-store from June 3rd to 16th and treat the legend in your life.

From one legend to another… Happy Father’s Day. 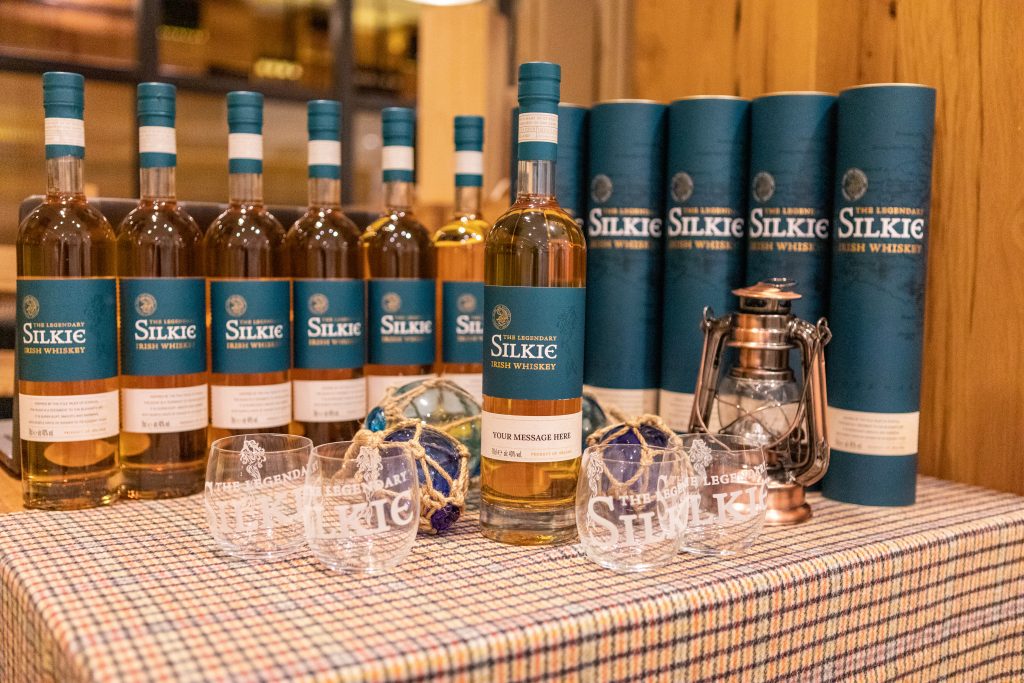